Start your Chardham Yatra journey to the abode of Gods with "Global Connect Hospitality", we take personal care to provide you the updated and genuine information on Char Dham Yatra 2019. We strive to provide our guests smooth, safe, hassle free trip to Chardham Tour 2019, so that you can enjoy the serene beauty with your holy tour.

Apart from regional tourists or National tourist, foreign tourists also get attracted towards these heavenly abode of Lords to get blessed by the Natural beauty of the Himalayas and to know more about the Indian Culture and mythological significance behind the journey.

The Chardham Yatra 2019 is the holy combination of four abode of Himalayas that surrounds four holy shrines of Hindus: Badrinath, Kedarnath, Gangotri and Yamunotri. All these temples are located in the Uttarakhand state of North India. Among the four shrines, the Kedarnath is dedicated to Lord Shiva while Badrinath is renowned to be the sacred place of Lord Vishnu. Both Gangotri and Yamunotri are dedicated to the Goddess Ganga and Yamuna rivers.

The CharDham Yatra is linked with the four holy shrines of Hindus named with Kedarnath, Badrinath, Gangotri and Yamnotri. The journey of Chardham Yatra is associated with the spiritual importance of The Chardham attaining Moksha from all the sins you have committed in your lifetime. In Hindu Mythology, it is believed that Chardham Tour Package is the route that washes away all your sins and brings enlightenment in your life showered with the blessings of the Lords.

Every year, millions of devotees make visit to this auspicious holy place and pay homage to the temples seeking contentment towards abolition of all their sins committed in the past life. It is presumed that the holy Chardham tour package brings in a sense of belongingness, self-actualization and heart-purity in life of a devotee.

Each of the four shrines of the Tour carries some or the other mythological reason due to which it got placed in the holy trip of Chardham Yatra. Kedarnath is considered as the Shrine of Lord Shiva. It is one of the 12th Jyotirlingas and an important part of Panch Kedar. Badrinath is known to be the temple of Lord Vishnu and also famous with the name Badri Vishal. It is believed that Great Hindu Philosopher and reformer Saint Adi Shankaracharya attained freedom from the incarnation from here only.

While the two temples symbolizes the abode of both the Lord Shiva and Vishnu, the other two Shrines commemorates Yamnoutri and Gangaotri that are considered to be the origin of River Yamuna and Ganga wherein temples of Goddess Yamuna and Goddess Ganga are located.

Four Shrine Of The Chardham Yatra:

Badrinath Dham: Badrinath or Badrinarayan Temple is a Hindu temple dedicated to Vishnu which is situated in the town of Badrinath in Uttarakhand, India. The temple and town form one of the four Char Dham and Chota Char Dham pilgrimage sites. The temple is also one of the 108 Divya Desams dedicated to Vishnu, who is worshipped as Badrinath—holy shrines for Vaishnavites. It is open for six months every year (between the end of April and the beginning of November), because of extreme weather conditions in the Himalayan region. The temple is located in Garhwal hill tracks in Chamoli district along the banks of Alaknanda River at an elevation of 3,133 m (10,279 ft) above the mean sea level. It is one of the most visited pilgrimage centers of India, having recorded 1,060,000 visits.

Kedarnath Dham: Kedarnath Temple is a Hindu temple dedicated to Lord Shiva. It is on the Garhwal Himalayan range near the Mandakini river in Kedarnath, Uttarakhand in India. Due to extreme weather conditions, the temple is open only between the end of April (Akshaya Tritriya) to November (Kartik Purnima - the autumn full moon). During the winters, the vigrahas (deities) from Kedarnath temple are brought to Ukhimath and worshipped there for six months. Lord Shiva is worshipped as Kedarnath, the 'Lord of Kedar Khand', the historical name of the region.

Gangorti Dham: Gangotri is a town in Uttarkashi district in the state of Uttarakhand, India. It is a Hindu pilgrim town on the banks of the river Bhagirathi and origin of River Ganges. According to popular Hindu legend, it was here that Goddess Ganga descended when Lord Shiva released the mighty river from the locks of his hair and here Ganga first came on earth by the due request made by King Bhagirath for his penance. It is on the Greater Himalayan Range, at a height of 3,100 metres (10,200 ft).

Yamunotri Dham: Yamunotri is the source of the Yamuna River and the seat of the Goddess Yamuna in Hinduism. It is situated at an altitude of 3,293 metres (10,804 ft) in the Garhwal Himalayas and located approximately 30 kilometers North of Uttarkashi, the headquarters of the Uttarkashi district in the Garhwal Division of Uttarakhand, India. The sacred shrine of Yamunotri, source of the river Yamuna, is the westernmost shrine in the Garhwal Himalayas, perched atop a flank of Bandar Poonch Parvat. 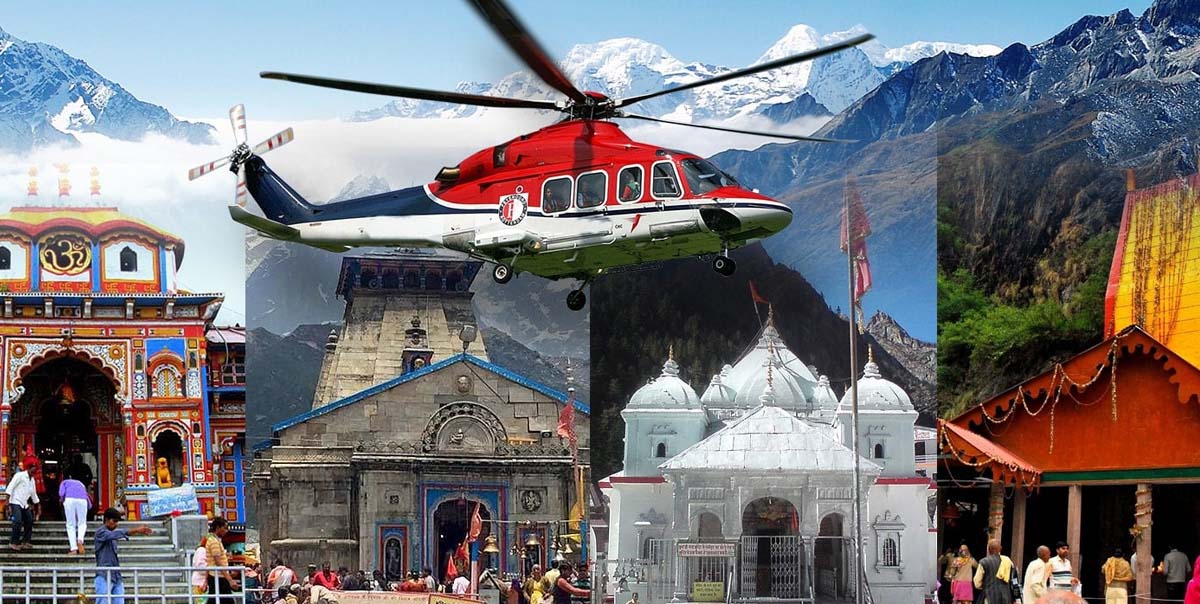 Gangotri and Yamunotri Tour By Helicopter 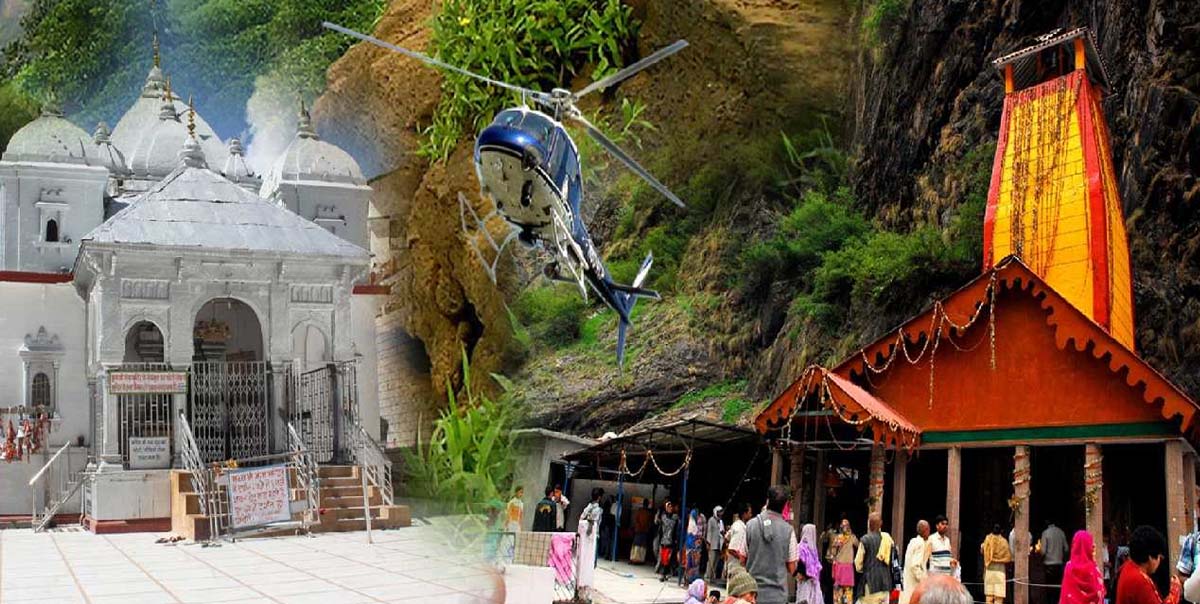 Kedarnath and Badrinath Tour By Helicopter 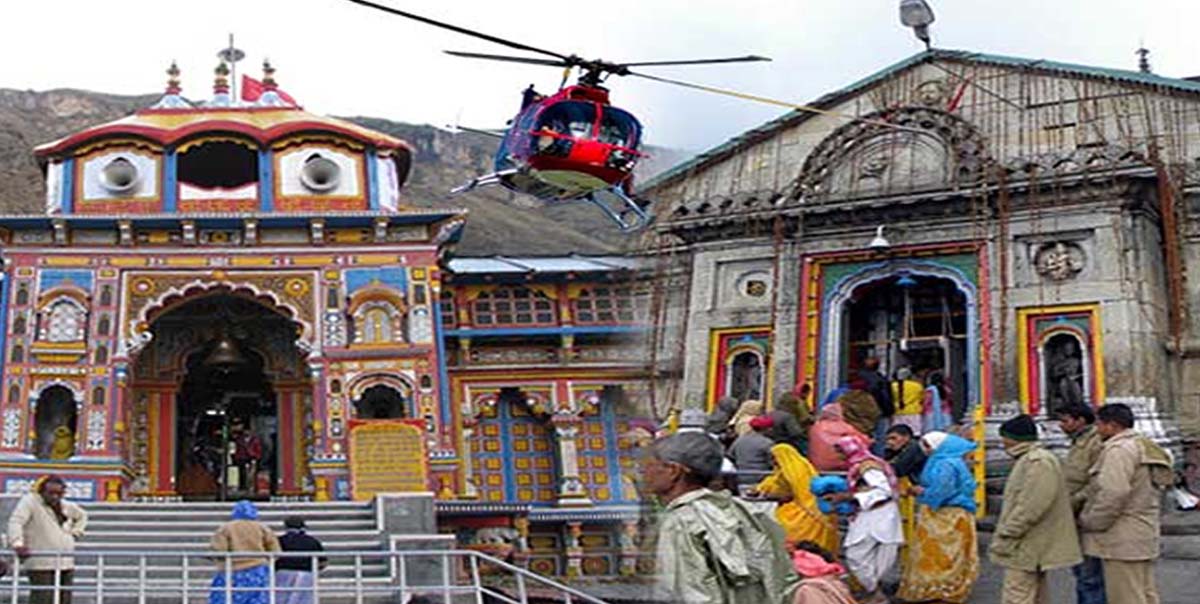 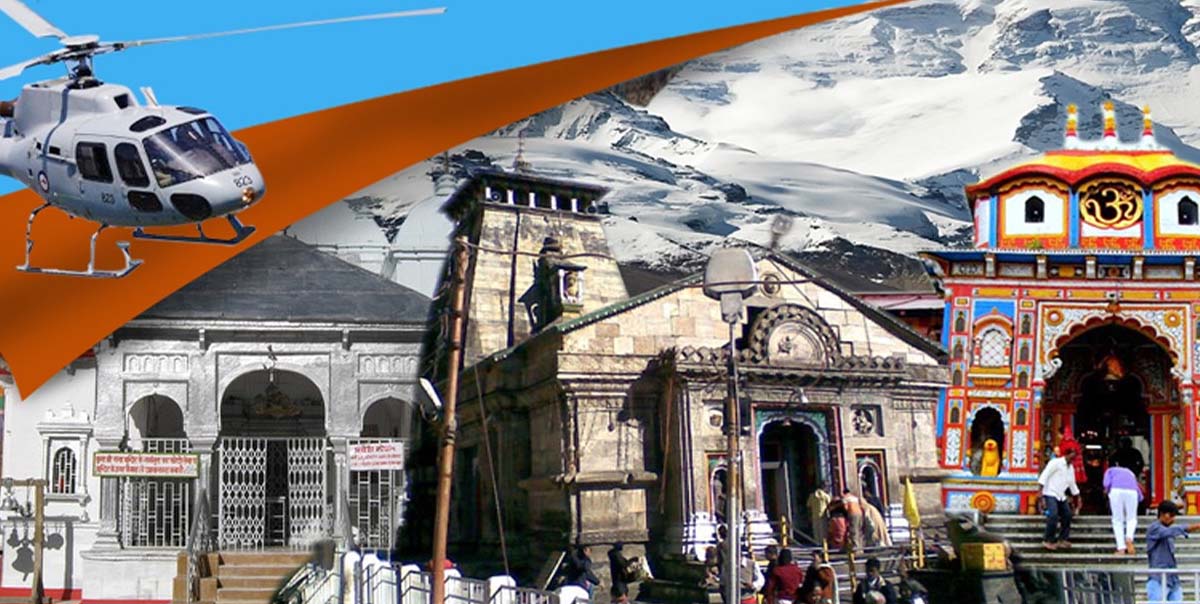 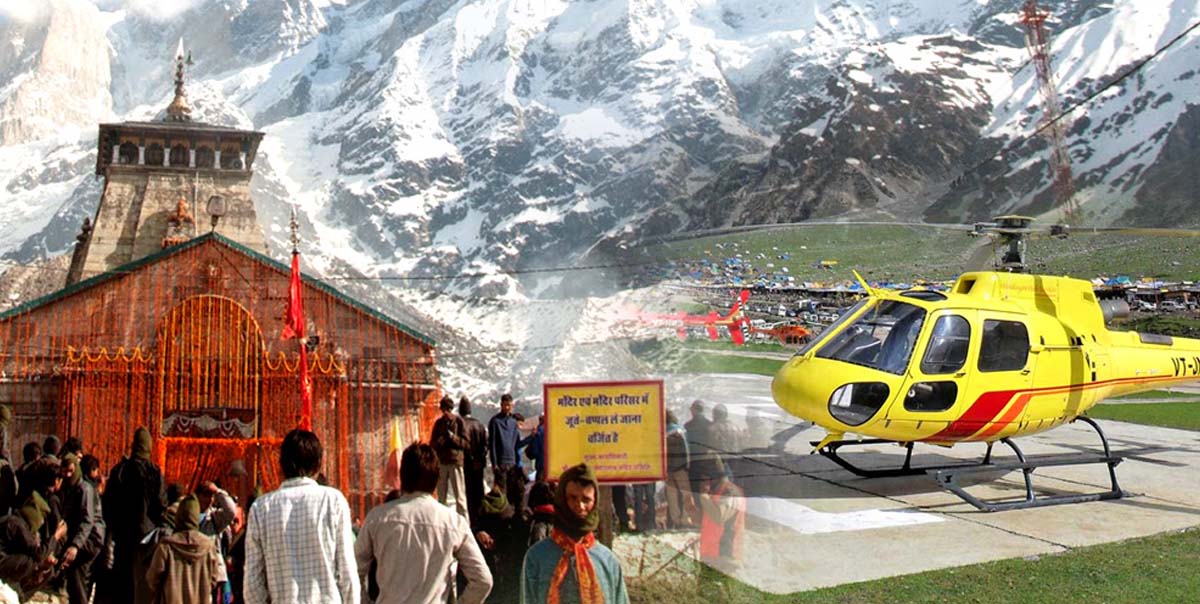 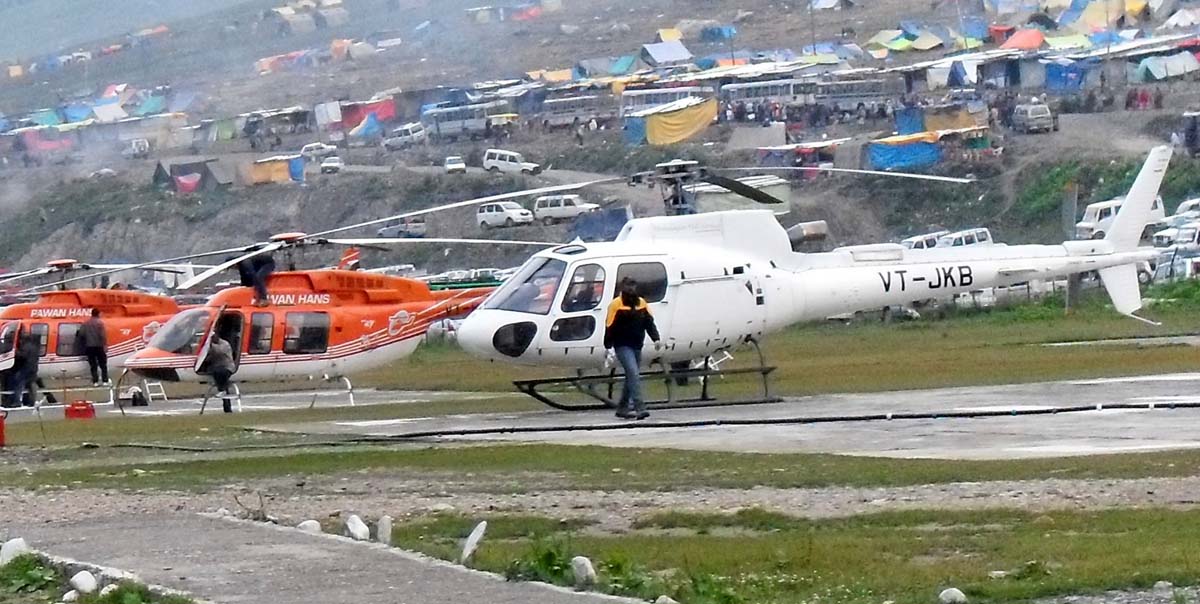 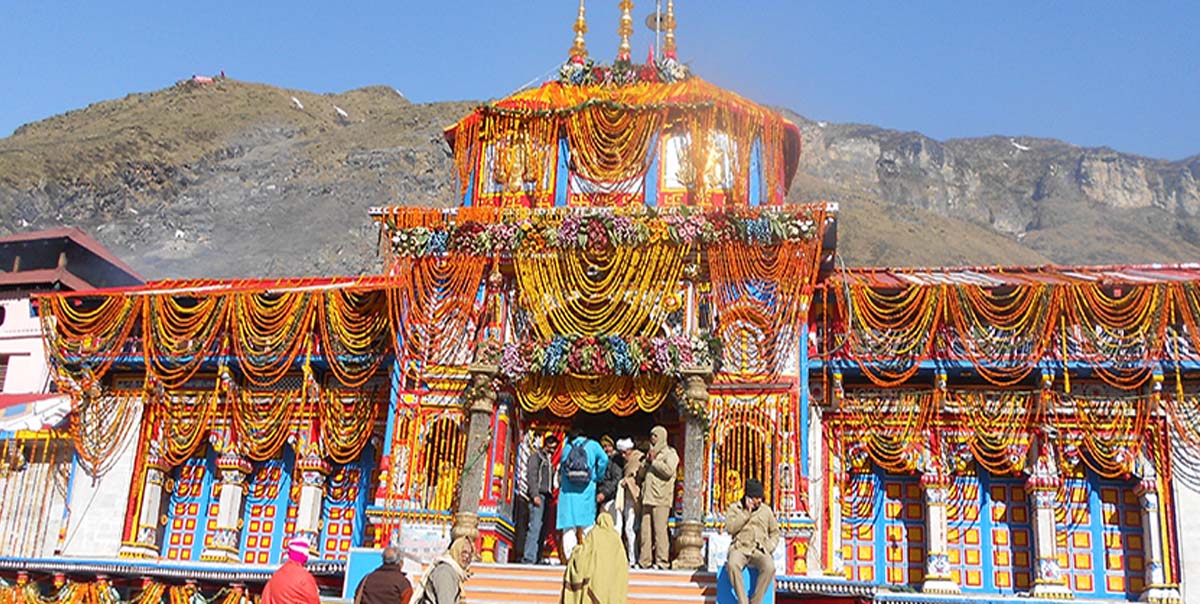 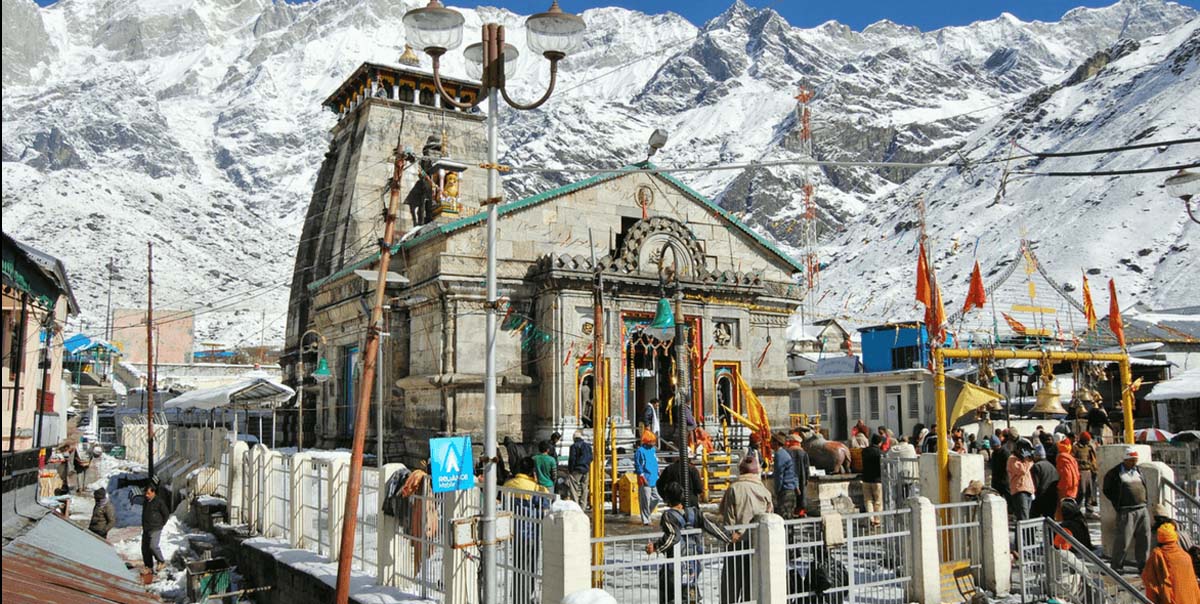 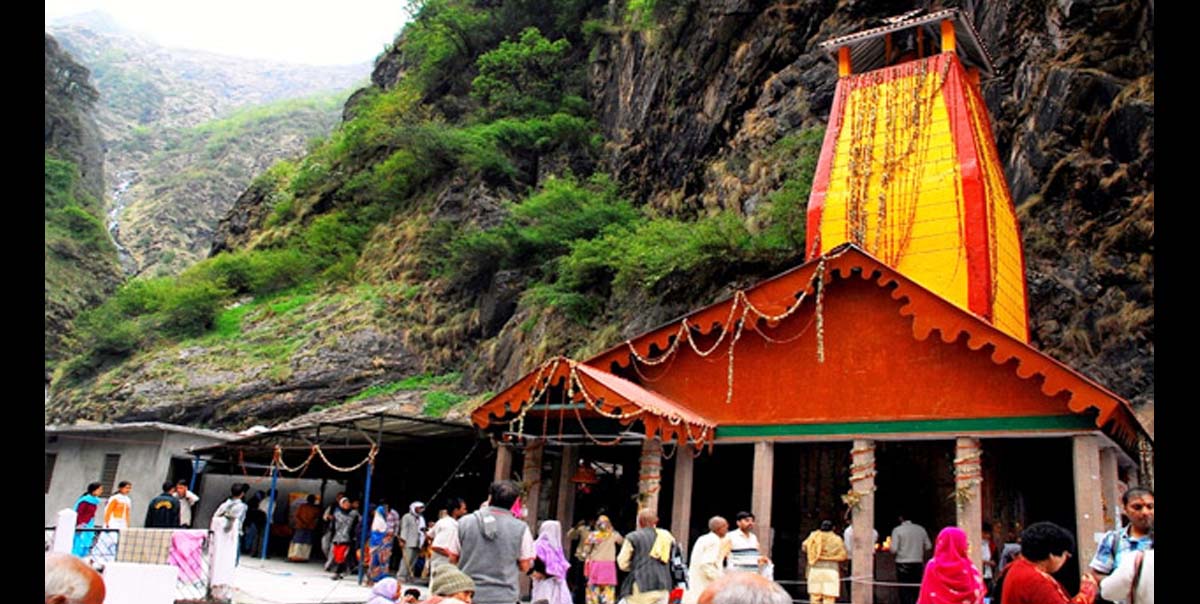 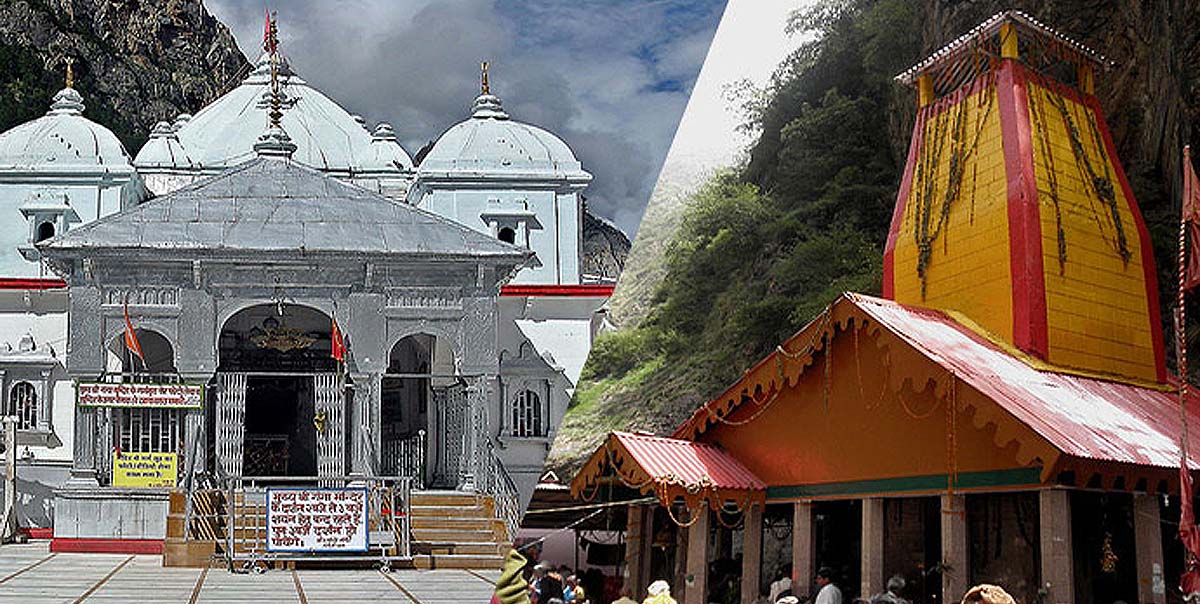 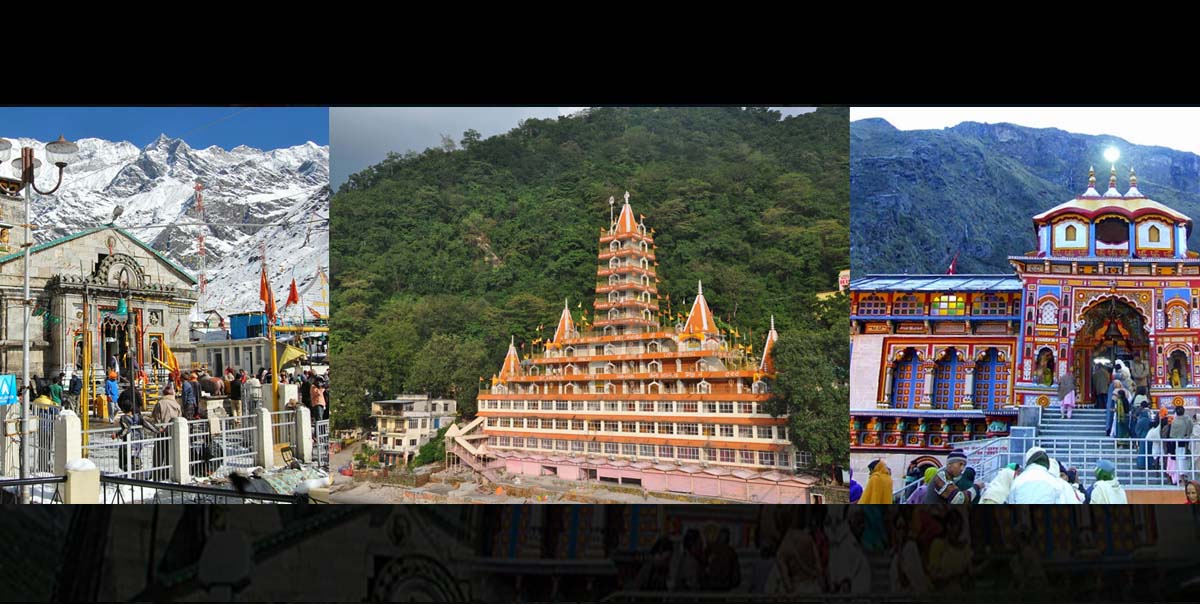 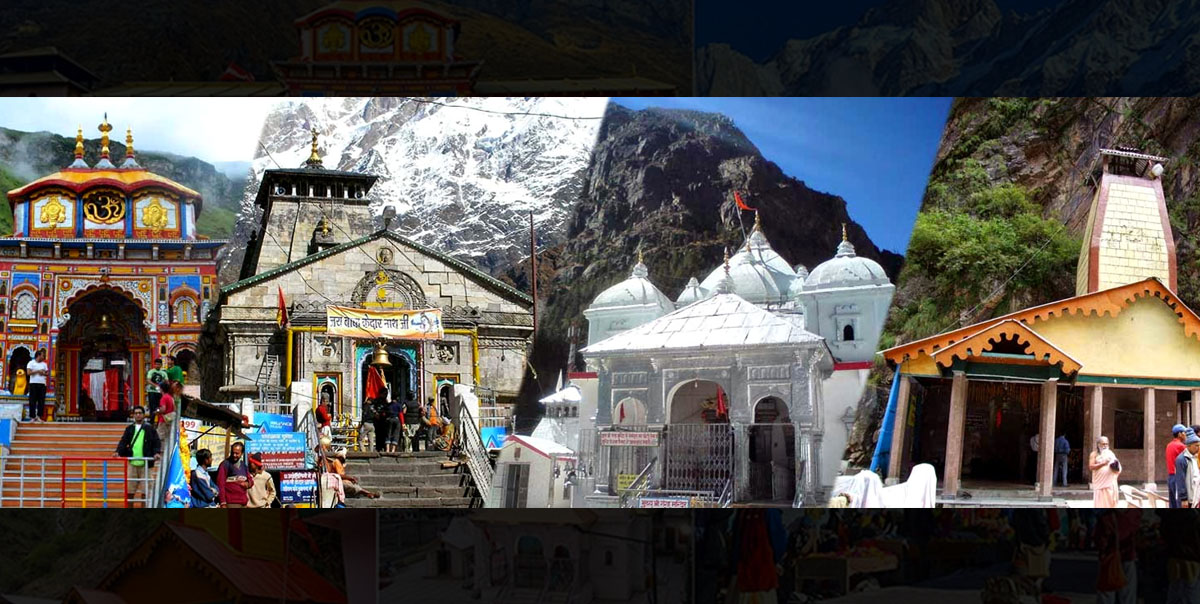 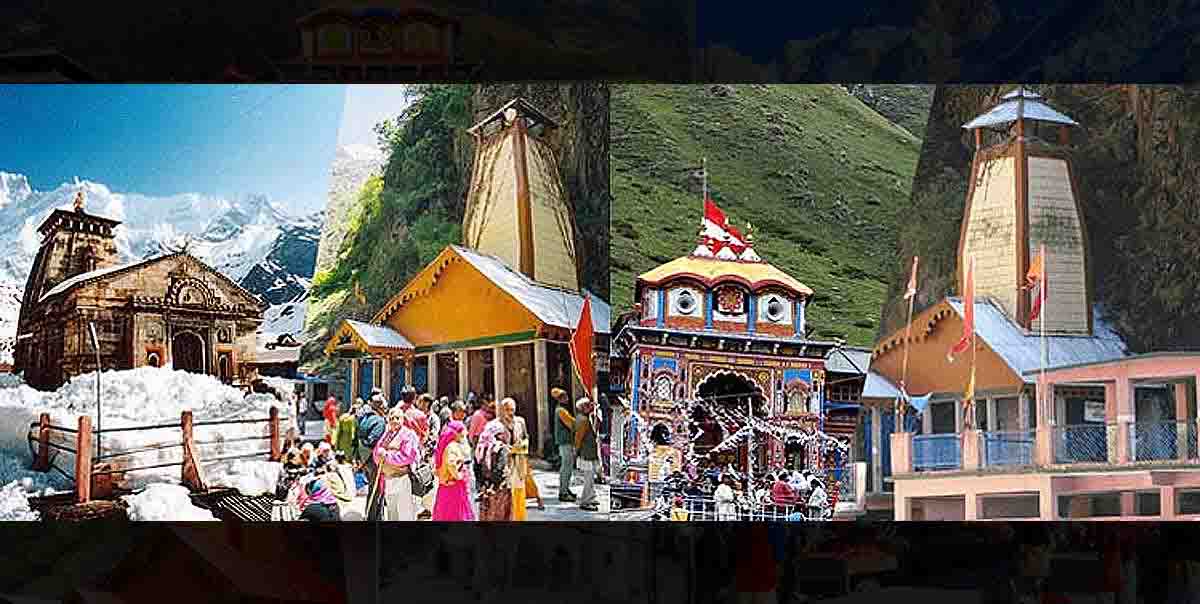 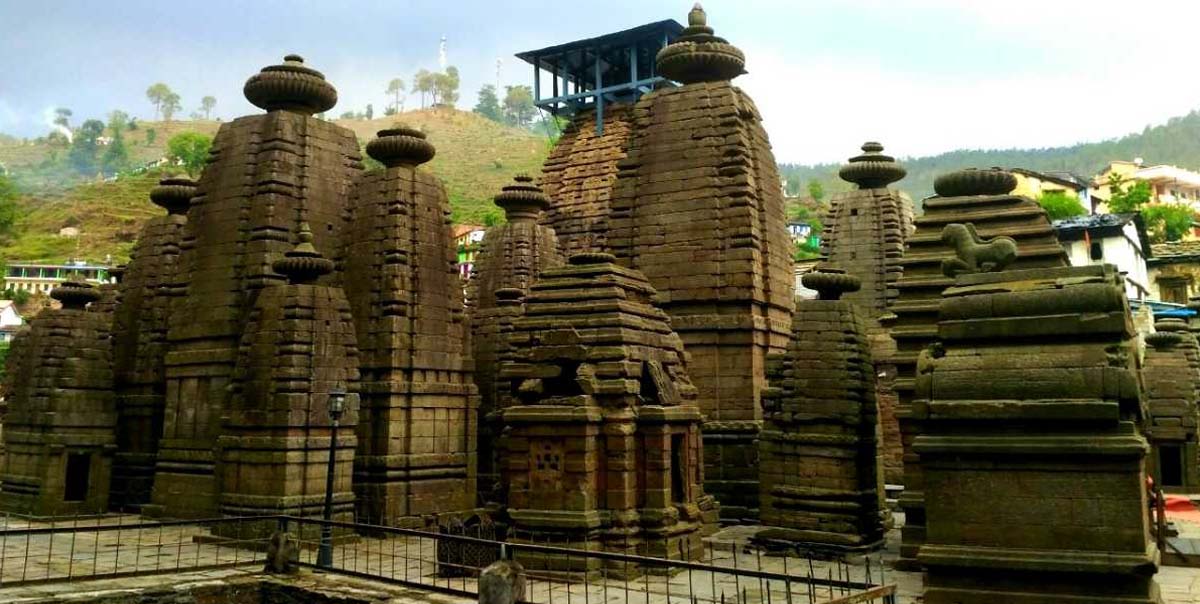 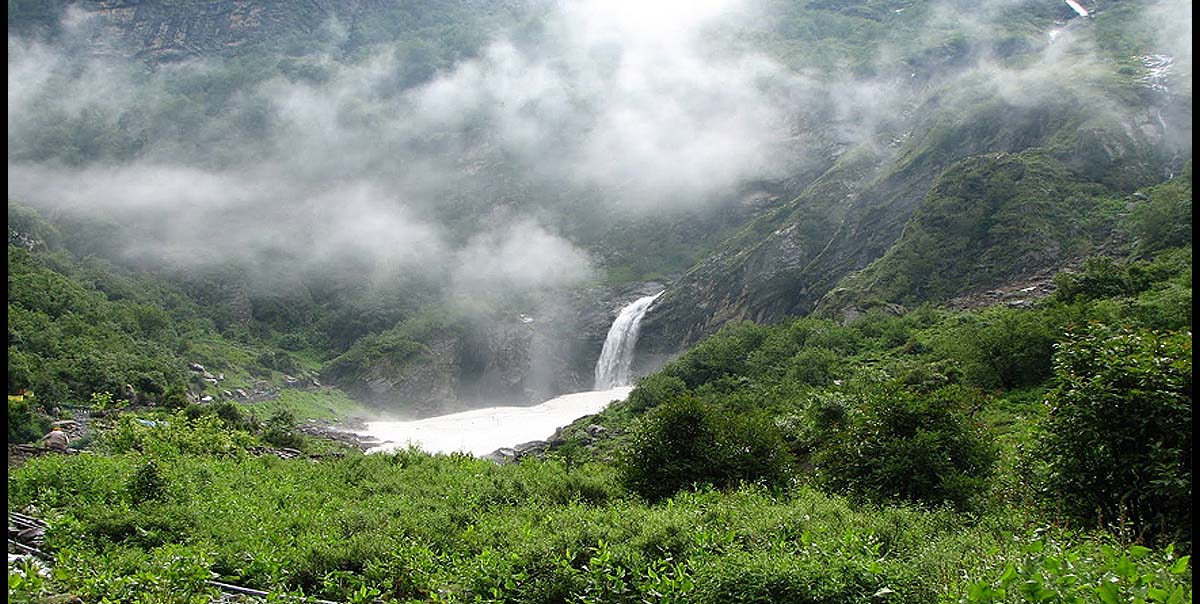 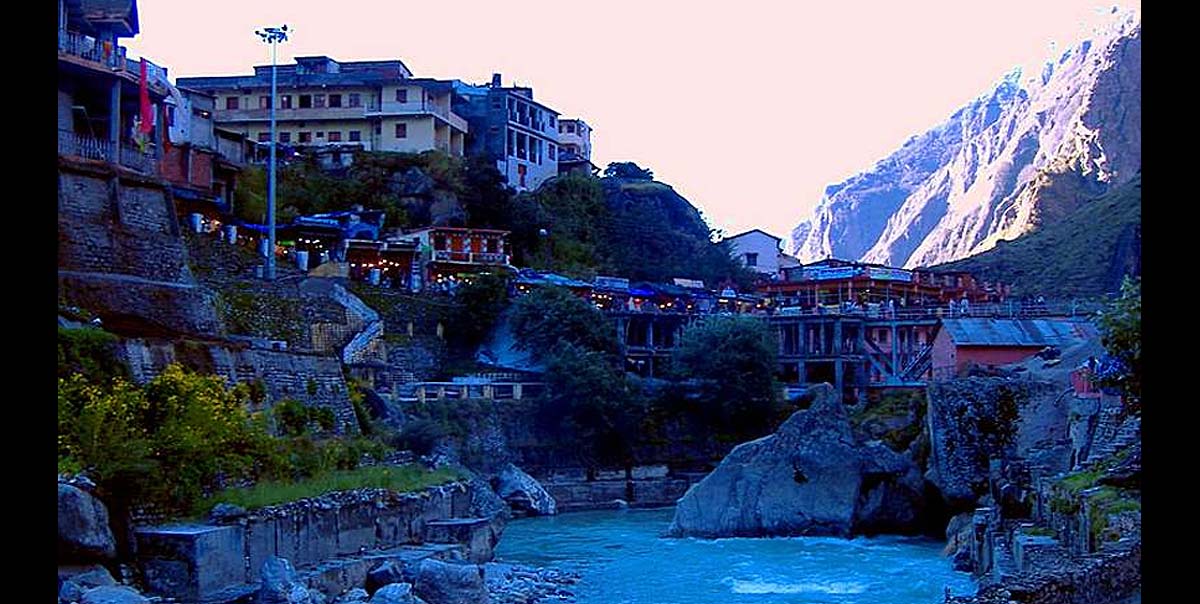 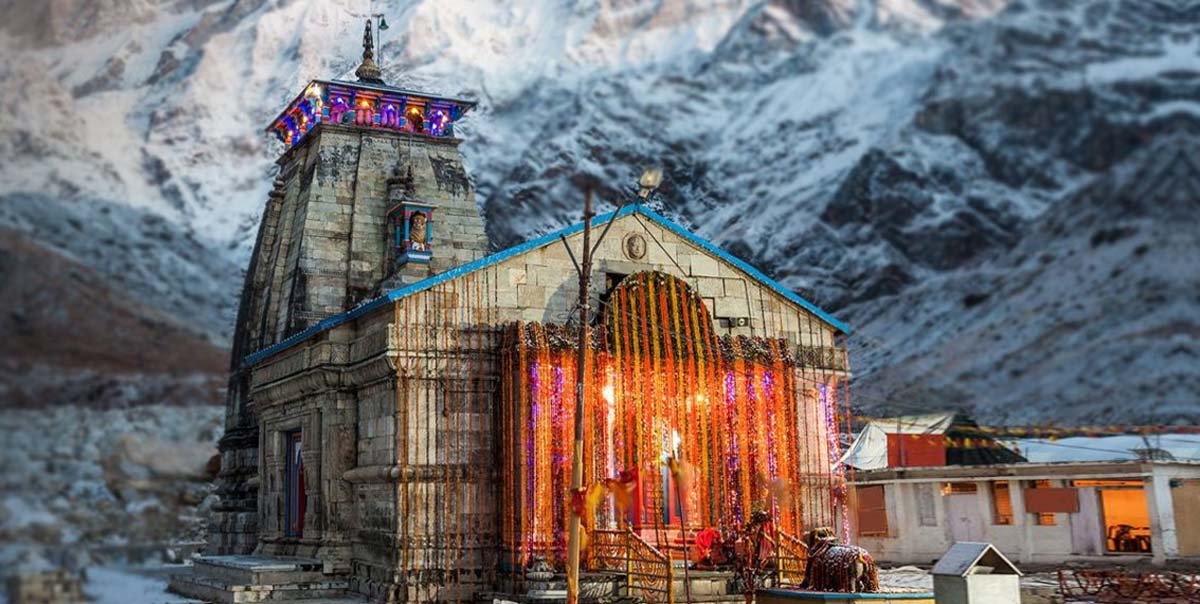 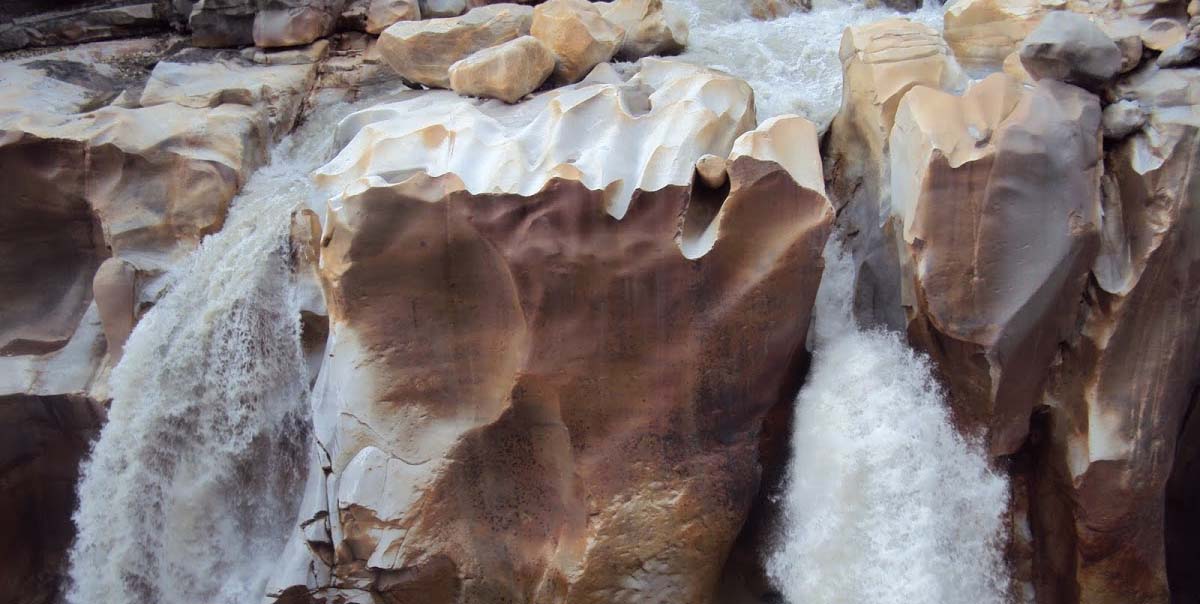 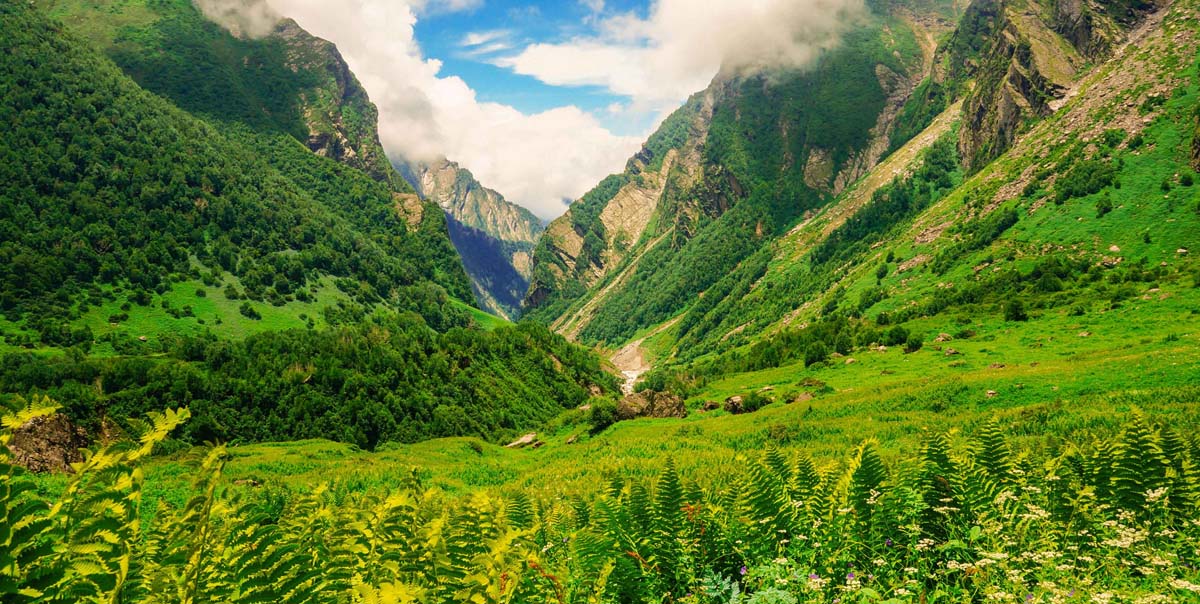 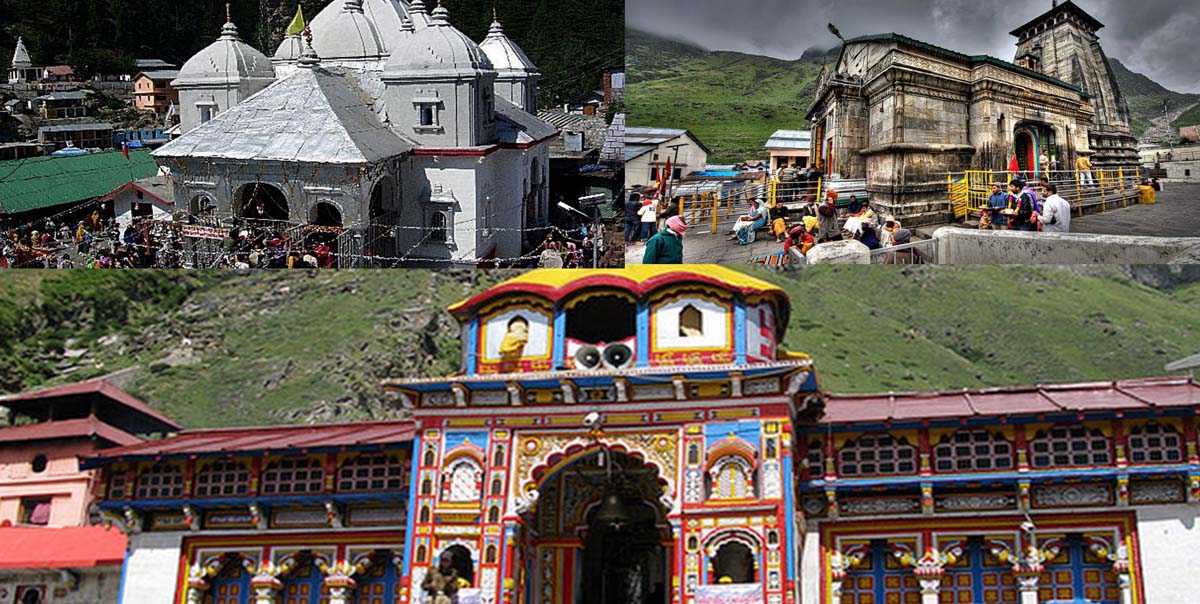